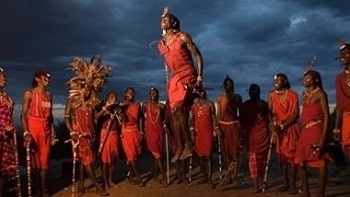 Planing to Travel to Tanzania

Below, we've put together our top Tanzania travel tips, from the right airports to fly into, to the best time of year to travel

Tanzania is an East African country known for its vast wilderness areas. They include the plains of Serengeti National Park, a safari mecca populated by the “big five” game (elephant, lion, leopard, buffalo, rhino), and Kilimanjaro National Park, home to Africa’s highest mountain. Offshore lie the tropical islands of Zanzibar, with Arabic influences, and Mafia, with a marine park home to whale sharks and coral reefs.

Mount Kilimanjaro is a dormant volcano in Tanzania. It has three volcanic cones: Kibo, Mawenzi and Shira. It is the highest mountain in Africa and the highest single free-standing mountain in the world: 5,895 metres above sea level and about 4,900 metres above its plateau base. Kilimanjaro is the fourth most topographically prominent peak on Earth. It is part of Kilimanjaro National Park and is a major climbing destination. Because of its shrinking glaciers and disappearing ice fields, it has been the subject of many scientific studies.

The Ngorongoro Conservation Area is a protected area and a World Heritage Site located 180 km west of Arusha in the Crater Highlands area of Tanzania. The area is named after Ngorongoro Crater, a large volcanic caldera within the area. The conservation area is administered by the Ngorongoro Conservation Area Authority, an arm of the Tanzanian government, and its boundaries follow the boundary of the Ngorongoro Division of the Arusha Region. The 2009 Ngorongoro Wildlife Conservation Act placed new restrictions on human settlement and subsistence farming in the Crater, displacing Maasai pastoralists, most of whom had been relocated to Ngorongoro from their ancestral lands to the north when the British colonial government established Serengeti National Park in 1959.

The Serengeti National Park is a Tanzanian national park in the Serengeti ecosystem in the Mara and Simiyu regions. It is famous and well known for its annual migration of over 1.5 million white-bearded wildebeest and 250,000 zebra and for its numerous Nile crocodile and honey badger. That migration is the largest remaining unaltered animal migration. It contains 1.5 million ha of savanna. The park is the centerpiece of the Serengeti Ecosystem and twice as large.

Tarangire National Park is a national park in Tanzania's Manyara Region. The name of the park originates from the Tarangire River that crosses the park. The Tarangire River is the primary source of fresh water for wild animals in the Tarangire Ecosystem during the annual dry season. The Tarangire Ecosystem is defined by the long-distance migration of wildebeest and zebras. During the dry season thousands of animals concentrate in Tarangire National Park from the surrounding wet-season dispersal and calving areas. It covers an area of approximately 2,850 square kilometers The landscape is composed of granitic ridges, river valley, and swamps. Vegetation is a mix of Acacia woodland, Combretum woodland, seasonally flooded grassland, and baobab trees.

Lake Manyara National Park is a protected area in Tanzania's Arusha and Manyara Regions, situated between Lake Manyara and the Great Rift Valley. It is administered by the Tanzania National Parks Authority, and covers an area of 325 km² including about 230 km² lake surface. More than 350 bird species have been observed on the lake.

Unguja, also known as Zanzibar Island, is the main island in the Tanzanian archipelago of Zanzibar. Stone Town, part of Zanzibar City, is an old trade center, with mosques and winding lanes. The 1883 House of Wonders is a former sultan’s palace with a clock tower. The Old Fort now houses a cultural center and a stone amphitheater. Underground aqueducts fed hot water to the late-19th-century Hamamni Persian Baths.

Pemba Island is part of Tanzania's Zanzibar Archipelago, off the coast of East Africa. It's known for its lush, green hills and clove plantations. The Pemba Channel, with its coral reefs and abundant marine life, separates the island from mainland Tanzania. The main town, Chake Chake, has a ruined 18th-century fort with a museum. Offshore, Misali Island is home to the Fischer's turaco, a colorful rare bird.

What is Tanzania's national dish?

Ugali. Ugali is the meal that could be considered as Tanzania's national dish. It is a stiff dough prepared with cornmeal (maize meal), cassava flour, sorghum or millet. The dish is usually served with a sauce that contains either fish, meat, cooked vegetables or beans.

What is Tanzania's culture?

The largest ethnic groups include the Sukuma (over three million), Chagga, Haya, and Nyamwezi (over one million each). Despite the numerous cultural diversity represented by all these tribes, they are all united by use of Swahili or Kiswahili - a coastal Bantu language with Arabic influence.

Get in touch on